Cinnamon Dolce Syrup – A delicious cinnamon flavored simple syrup that taste great in everything from cinnamon dolce lattes to your morning cup of coffee.

So this recipe has been floating around my head since I made the cinnamon dolce latte a while back and I just kinda put it in the notes of the recipe.  Since then, I have been putting it in so many of drinks (like a cinnamon dolce iced latte and cinnamon dolce frappuccino) that I decided that it just had to have it’s own recipe on the site so that everyone can make it and use it in all of their drinks!

Now you can put this cinnamon dolce syrup in everything from hot coffee to iced coffees to frappuccinos.  Try experimenting, I’ve found it’s good in basically everything I can think of! Just make a batch and keep it on hand to use whenever you feel like it!

All you need to make this recipe is 4 simple ingredients – cinnamon, brown sugar, white sugar, and water.  It doesn’t get any easier than this! 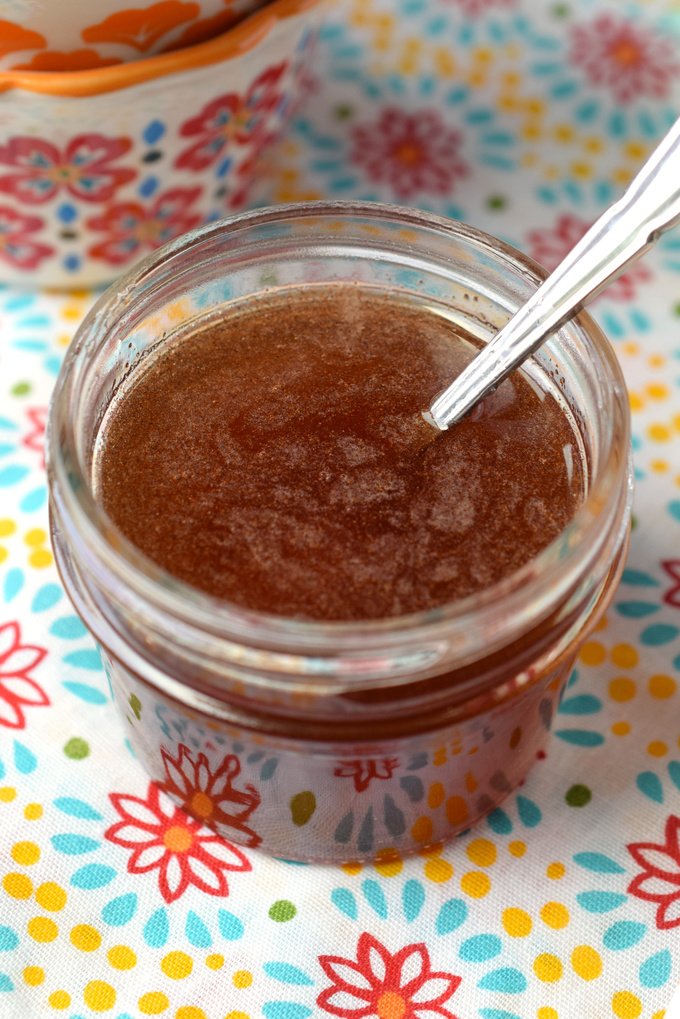 What is “cinnamon dolce”?

Should you refrigerate cinnamon dolce syrup?

How long does simple syrup last?

Simple syrup lasts about 6 months so long as it is kept covered in the refrigerator.

What other types of simple syrups can I make?

There are so many options! Some of the most popular types include –

Looking for recipes to make with cinnamon dolce syrup? Try these other recipes using it!

[…] cinnamon, vanilla extract, water, brown sugar, and white sugar.  A recipe for it can be found HERE! The original drink calls for “brown sugar syrup” and cinnamon so this syrup just […]

[…] latte recipe with just the addition of maple syrup.  You can always add a pinch of cinnamon or cinnamon dolce syrup but I think it’s really nice as is! The recipe makes just one serving so feel free to double […]